CAI Representatives are available for a FREE consultation. Please call (800) 622-1314 or click here to email us. 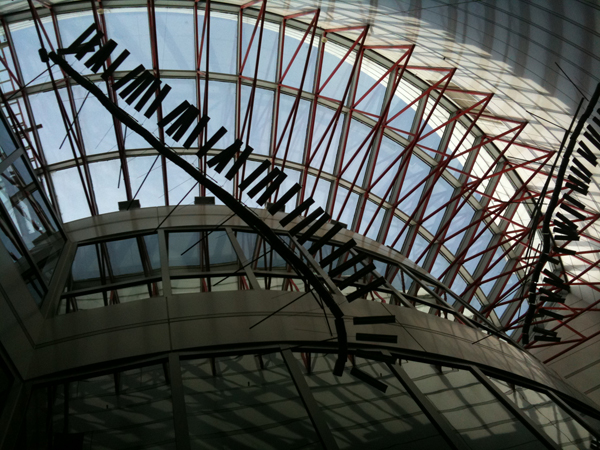 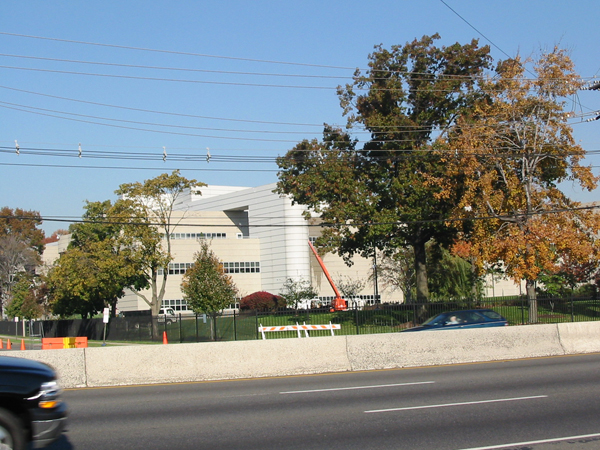 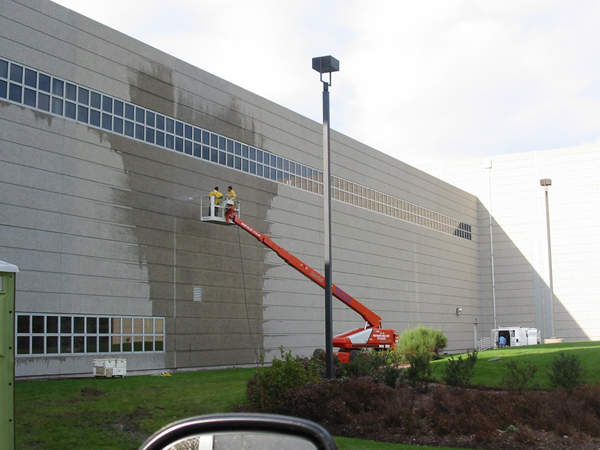 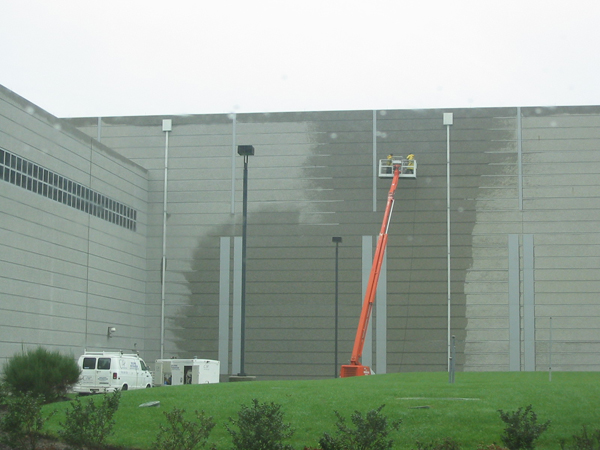 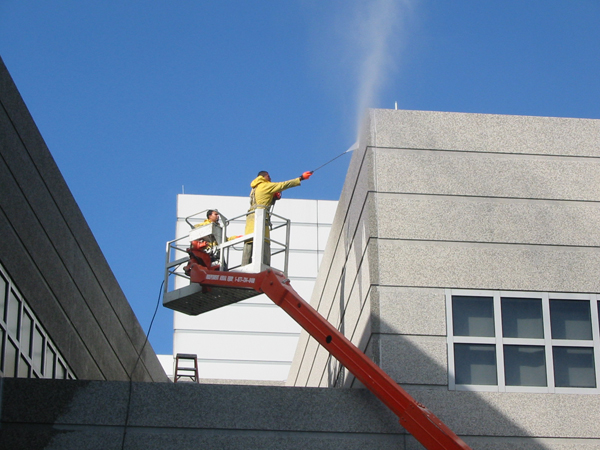 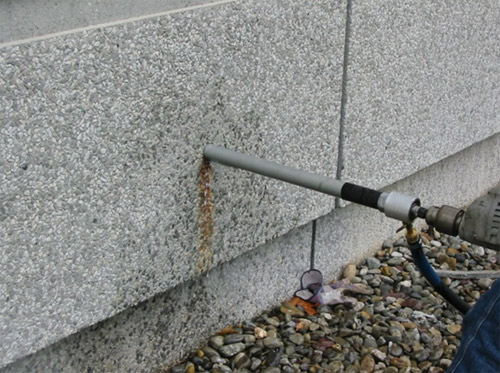 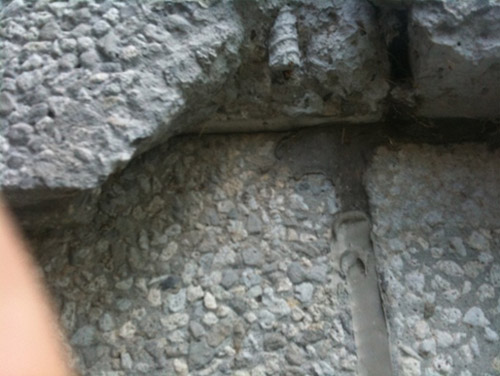 Before Photo of Damaged Sections of Precast Concrete Panels 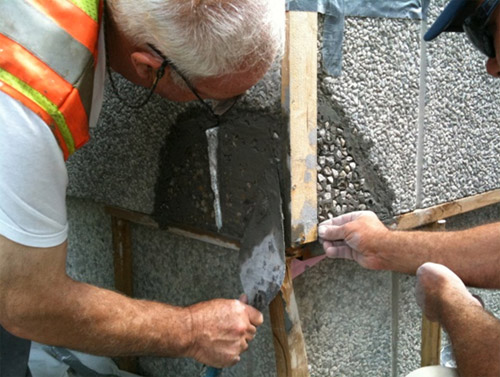 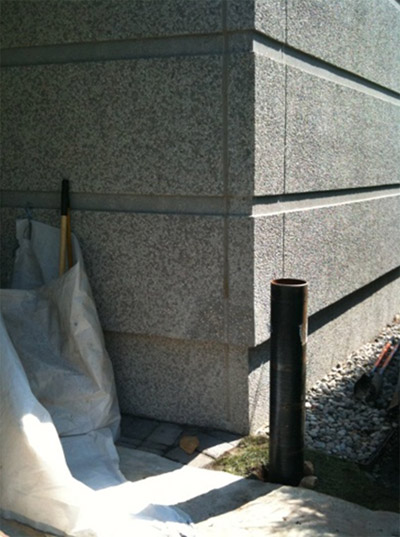 After photo of the Restored Sections of the Precast Concrete Panels

Federal Reserve Bank Of New York Building Rehabilitation / Restoration Project was a unique project because it was a very massively built structure to with stand a bomb blast at the structure It’s like the Fort Knox of New Jersey. Now newly restored, being an icon in East Rutherford NJ located three miles north of Giants stadium, a 10 minute walk from the train station approx. 3 miles west of the New Jersey Turnpike, exit 16 W in Northern New Jersey.

Currency Processing and Destruction each business day, Federal Reserve Banks handle 19 billion in currency that is deposited by banks for safekeeping and space reasons. Banks send currency to the Reserve Banks when they have more than enough on hand to satisfy their customers' needs.

Currency Deposits at the East Rutherford Operations Center after receiving clearance from the New York Fed Police, armored carriers deliver currency to EROC's Paying and Receiving Division. The paying and receiving tellers verify the contents upon delivery and issue a receipt to the carrier. The currency is then transported to EROC's automated currency vault, where it is stored and later retrieved for processing.

The Rehabilitation and Restoration of Precast Concrete Facade

The Federal Reserve East Rutherford Operations Center (EROC) complex was finished in the early 90’s. The exterior facade consisted of 4” thick exposed aggregate precast concrete panels approx. 189,000SF was originally done by CAI in 2003. Then in 2011 CAI was called in to resurvey and prepare an estimate to reclean, resurface and rehabilitate the precast concrete panels facade

CAI was contracted to Rehabilitate and Restore the Precast Concrete Façade to clean, seal & repair the precast concrete panels. The work also included the building cleaning with high pressure water to remove air born contaminants, carbon, dirt and stains which consisted of power washing with minimum water pressure of 1000PSI.

Upon completion of cleaning and surface preparation operation and masking all windows and we then installed Sikaguard 701W water repellant sealer by low pressure spray.

Over the years water has been seeping through the outer precast concrete facade envelope into wall cavity down and through the backup wall into the building. Capillary effect and surface tension are properties of water that are often confused with each other. The phenomenon of the capillary effect occurs in part due to surface tension. Rain water that hits the side of the wall will either enter into the face of the brick or the mortar joint. The capillary effect will then push the water to travel deeper into the wall.

The sealing process is to minimize the water seepage going through double thick walls, because of the added moisture from the condensation. Then the moisture depending on the temperature differentials it can exponentially add up and flow into the building if the walls are not treated with the water repellant WR.

The defective precast expansion joints were then cut out with air powered cutters. New backer rod was installed and a one component urethane sealant Sonneborn NP – 1 which was tooled smooth to form a watertight seal at the panel joints.

CAI devised techniques through, Value added engineering (VAE) for the design, fabrication & installation of the precast concrete repairs. The method was to core drill and removes the rusted reinforcing steel. Repair the clean hole with a matching mortar, matching aggregate and then pre form an abrasive blasting of the surface reproducing the (exposed aggregate) same aggregate texture and finish as the surrounding precast concrete panel. The final repair cured was nearly impossible to notice.

There was a lot of coordination needed from security FRB Police for access to the different parts of the FRB facility, especially in the busy secured delivery area, uninterrupted access to the loading docks was crucial because of trucks making pickup and deliveries of cash.

Similar restoration work was completed at the main entrance which consisted of repairing a 1’ x 1’corner section of the precast concrete which was damaged by a large mower tractor.

CAI was contracted to provide restoration services to the envelope system of the Federal Reserve Bank of New York in order to rehabilitate the building to keep it operational and aesthetically appealing.

Quantity of Concrete& other Masonry surfaces

VIEW OTHER PORTFOLIO
Scroll To Top